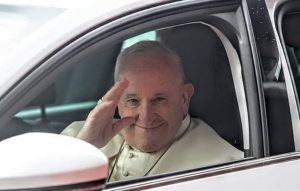 Victoria, Mahe (Seychelles) – September 17, 2019 (travelindex.com) – Tourism matters because tourism is today the pillar of the Seychelles economy. But tourism remains very volatile as an industry. It threads on stability for it continued successes. External forces can disrupt tourism at anytime and this destinations such as the Seychelles can do little about, but it is also vulnerable to local and to Government actions. Here operational costs, safety and security, cleanliness and value for money always comes in as a major point of consideration.

External forces include how oil prices fare and this today is and will remain a worry. News breaking this morning shows it clearly:- “Oil’s on the boil gain. Brent surges over 10% after a coordinated drone attack hit on Saudi Arabia’s oil industry forces the kingdom to cut its oil output in half. This is brent’s biggest advance ever”. This may well start impacting on cost of travel and long haul tourism destinations are first to feel the impact. Strikes like the recent British Airways one where flights are just simply cancelled or the weather as is the case in Spain just days ago are all actions or causes that keep would be travellers to stay at home.

External forces we all can do little about, but locally manoeuvred challenges we most certainly can pressure the State to hear the call being made by the private sector to remove obstacle and to let them work.

Selected as one of “Africa Top 100 Global Tourism Personalities”

A letter received this week marked my years working in the tourism industry. Being recognised for the work you do or have done shows that you went beyond your day to day responsibilities. The organisers of the AFRICA TOP 100 GLOBAL TOURISM PERSONALITIES AWARDS wrote:- “On Behalf of the Board of ATQ News in collaboration with Akwaaba African Travel Market, It is our delight to inform you that you have been selected as one of the Africa Top 100 Global Tourism Personalities. This award is expected to honour personalities in the travel and tourism sector that have exemplified themselves in the industry and contributed to the growth of the sector in Africa and in the Diaspora. The event will be part of the First African Tourism Diaspora Conference 2019. The award recognizes personalities of African Origin, living in Africa or outside the continent, irrespective of their current citizenship or nationality who are willing to contribute to the development of the continent and its Diaspora. The shortlist was developed by Atqnews, Akwaaba Travel Market and their Partners.

The Africa Travel 100 Awards now in its 18th year, has recognized over the years leaders, industry practitioners and governments official who have promoted tourism and improved travel using unique platforms and new information. It is also set up to recognize individuals who have distinguished themselves as foremost and outstanding drivers in the travel and tourism industry and through their efforts and that of their organizations have impacted positively to the travel and tourism sector, stimulating and helping to achieve the country’s tourism goals and forging interactions among stakeholders.

This years awards will hold on the 23rd September, 2019 during the 15th Akwaaba African Travel Market from 22nd to 24th in Lagos, Nigeria”.

Confirmed as Speaker at the 1st Africa Diaspora Tourism Conference

Africa and it’s Diaspora has had a very strange relationship over the years. They need each other in a complimentary way but have not yet worked out how to relate. Tourism could be the sure way to build a sustainable relationship.

To help give this a boost the organisers of Akwaaba African Travel Market have decided to collaborate with US based Africa Diaspora Awards to organise a conference of Africa- Africa Diaspora Tourism Conference.

The conference will take place on the 23rd of September 2019 as part of the 15th Akwaaba African Travel Market in Lagos.

The Executive director of Africa Diaspora Awards Kitty Pope says “I am so excited to be a part of this project and 2019 marks the 400 years of the Trans-Atlantic slave Trade. This event finally reconnect Africa and it’s Diaspora in the right way through Travel and Tourism.”

AKWAABA Travel Market has grown to become the most important African Tourism marketing platform in the West Africa drawing attendance from numerous visitors from over 20 Countries. This Travel Fair not only boasts a large amount of visitors but also excels in the promotion of the Exhibitors from the region’s leading Hotels, Airlines, Travel Agents, Tour Operators and similar industry Suppliers that participates in the Event.

The Minister of Tourism of Kenya, The Hon. Minister Najib Balala was elected to chair the UNWTO executive council.

After Mozambique and Madagascar Pope Francis was in the Indian Ocean Vanilla Island on Mauritius. The Mauritius Broadcasting Corporation reported that the very humble Roman Catholic Leader sat next to his driver as he moved around Mauritius as the picture by Sedley Assonne showed. The other photos of Pope Francis was by Nathalie Rose.

The Mauritius visit by the Pope attracted many pilgrims from Seychelles who travelled the two odd hours to follow the mass by the Pontiff.